An unknown attacker who stole $6 million as a result of an attack on the Value DeFi protocol returned part of the funds after complaints from users that they left in the comments to transactions.

One of the victims reported that she works as a nurse and lost all her savings due to hacking:

“I lost $100,000 during your attack. I hope you will return them to me. Think of the nurses who take care of you when you are sick. God bless you.”

The hacker returned 50,000 DAI to her, pointing out in a comment that due to “people’s lack of knowledge and caution, sooner or later this money will still be lost.” 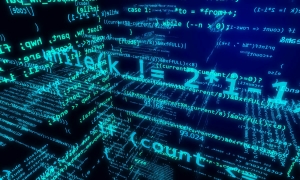 The hacker transferred another 45,000 DAI to a student who said that he had lost $200,000 in the hope of getting a high income.

The developers of the Value DeFi protocol offered the hacker to keep $1 million worth of coins as a reward for the discovered vulnerability and return the rest.

However, the hacker ignored the proposal of the project team. At the time of writing, his Ethereum address contains $5.3 million worth of crypto assets.

Recall that on November 14, as a result of a “complex attack” on the MultiStables repository, an unknown person withdrew $6 million in DAI and USDC stablecoins. For the attack, the hacker used an instant loan (flash loan) for 80,000 ETH using the Aave cryptolanding platform.

view all posts by dosvenadas